The show you see here–Mr. Jefferson: In a New Light–was inspired by a visit to the enhanced museum at Mt. Vernon. Those new exhibits portray George Washington’s early life, long before he became the portrait on the dollar bill. It seemed to Carolyn that a similar exploration of Thomas Jefferson’s youth might be interesting. She studied many Thomas Jefferson portraits, all of which (of course) were painted in his later years. She quickly discovered that no two portraits or sculptures agreed on any of his physical attributes: not the color of his eyes or the length and shape of his nose, or his chin. Written historical references, however, agreed: he had red hair. But how red?

So Carolyn made some guesses, and proceeded to “youthify” Jefferson, reversing the most common effects of aging, and painting him as younger, and then younger still. She was aided in this process by her third son, Steve (now age 37) who bears a strong resemblance to Charles Willson Peale’s Jefferson. Why not use Steve’s childhood pictures as models for young Jefferson, she reasoned. 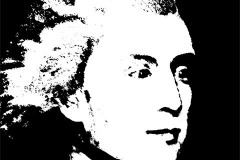 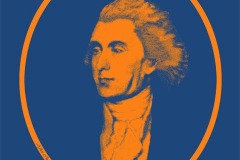 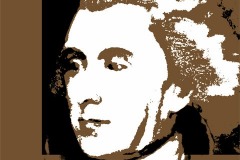 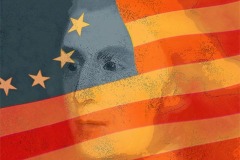 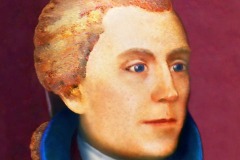 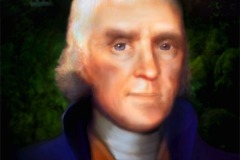 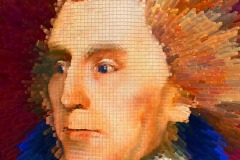 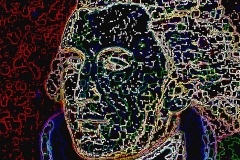 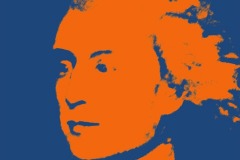 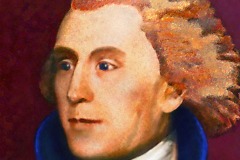 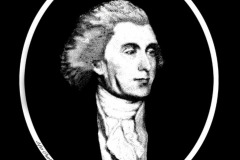 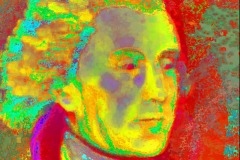 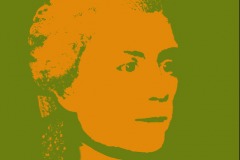 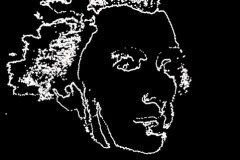 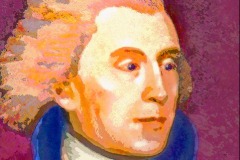